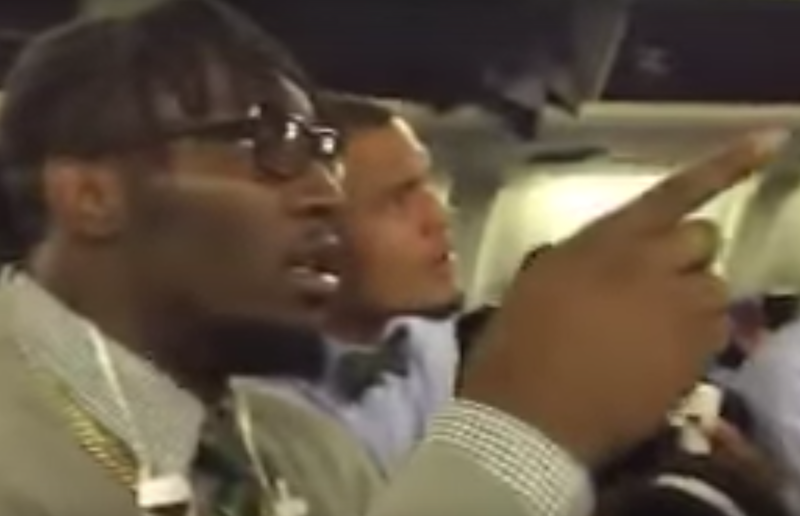 If you’ve been on the Internet at any moment over the past three weeks or so, then it’s likely you’ve come across videos of people posing in statuesque form as Rae Sremmurd’s “Black Beatles” plays in the background, a scene better known as the #mannequinchallenge. The origin of the #mannequinchallenge is relatively hazy, but the originators of the now viral video craze are believed to be high school students at Edward H. White High School in Jacksonville, Florida.

While the original #mannequinchallenge is hardly the most intrepid of mannequin challenges to pop up since late October, it is the All-Father that has spawned 2016’s most recent viral sensation, as professional sports teams, musicians, and even presidential candidates have taken to making their own #mannequinchallenge videos to hop on the hype-train. To say the trend has taken off would be a massive understatement, as a simple Instagram search for the #mannequinchallenge hashtag will result in over 56,000 videos related to the trend, and the popularity of the challenge has resulted in Rae Sremmurd’s “Black Beatles” working its way into the Billboard Top 10 (9) making it Rae Sremmurd’s most popular single, and doesn’t look like its stopping any time soon.

So with that in mind, here are ten of the best #mannequinchallenge videos to date (including one REALLY bad one).

This one is pretty self explanatory – where most mannequin challenges feature people in relatively comfortable static positions, the West Point Gymnastics team takes it upon themselves to hold the Iron Cross and other incredibly difficult gymnastics poses. Furthermore, they manage to sneak a second meme into the Challenge, as the video ends with a look at some cadets frozen in the midst of the water bottle flip challenge.

I have no idea who the Dolan Twins are – your guess is as good as mine – but their#mannequinchallenge is impressive if just for the mere fact that out of the entire concert venue, they managed to get historically surly and standoffish stage security to join in on the Mannequin Challenge action.

Some of the best Mannequin Challenges haven’t necessarily been sporting the “classic”#mannequinchallenge features, such as this one where the videographer doesn’t have “Black Beatles” on her phone, so she takes it upon herself to make the music on her own. A+ for self reliance.

The#mannequinchallenge is quickly becoming popular with professional sports teams, and more and more locker rooms and airplanes are becoming common locales for the challenge. Check out Bucks rookie Thon Maker flashing the cash while he and his teammates make the most of their Mannequin moment.

Regardless of whatever your view of Hart’s comedy is, its hard to deny that the pint-sized comedian offered up a pretty solid rendition of the#mannequinchallenge at the end by playing up his struggle with the squat.

Not the greatest in terms of every single person present participating (some older folks moving around that don’t seem to get what’s going on), but even still, having the majority of 21,000 people participate is still pretty impressive

This one is to be expected, considering Rae Sremmurd’s song “Black Beatles” is half of the reason this entire trend has taken off. Not much else to say other than this is good branding and Sremmurd’s lives are going to be set for a while, but here’s hoping they don’t turn out like past viral sensation Soulja Boy Tell’Em in a few months’ time.

As mentioned earlier, professional sports teams and airplanes and the#mannequinchallenge seem to be a match made in heaven, as the Cowboys celebrated their 7-1 start with a#mannequinchallenge of their own, featuring wide receiver Cole Beasley being shoved into an overhead apartment.

Leave it to rich old white men to almost single handedly kill a good thing. Hopefully this is the last time rich billionaires try to get in on the meme action.