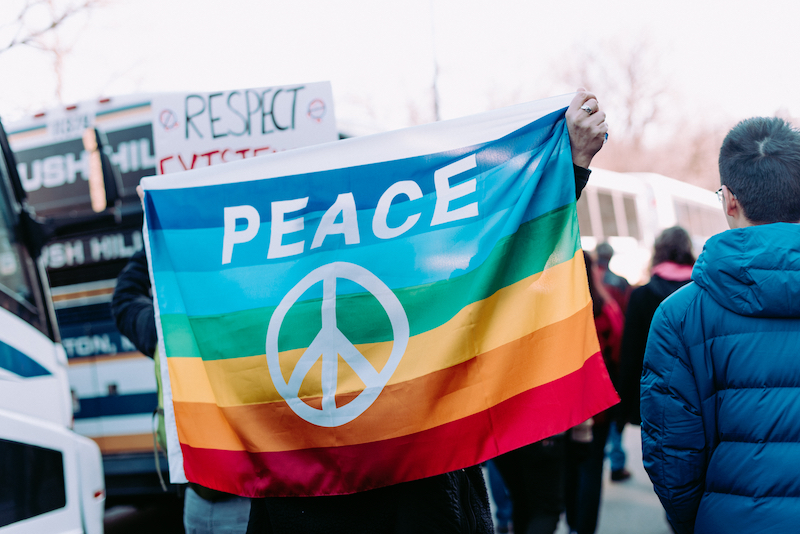 How to be an ally for the LGBTQIA community

Although the LGBTQIA community remains a minority, it has become a major topic of discussion over the past few years. Many people are “coming out of the closet” or letting the world know they are queer, especially the kids and teens of Generation Z. Of course, these days being queer means more than just gay. The list of sexualities and gender identities has evolved to include somewhat rarer identities like pansexual, intersex, transgender, nonbinary, and even asexual. Because it can be hard to keep up with all these phrases, it may feel difficult to be an effective ally. How do you support these oppressed individuals while also being kind, respectful, and useful? Often allies today fear that they may hurt someone’s feelings or be disrespectful, and so they withdraw their support all together. In order to help you feel more confident, here’s what it means to be an LGBTQIA ally.

You may think you know a lot about the queer community, but I can assure you that is probably not the case. All of us have something to learn. In order to be an effective ally, take the time to learn about the people you support. Look for articles or books or even forums, and become knowledgeable about the LGBTQIA community. Once you have a deep enough understanding about these different identities, don’t put it to waste: use it! Share your knowledge with other people who need educating.

If you don’t know, the idea of privilege comes from sociology. It’s the concept that some people receive certain treatment just because of their identity. This means people who are white, cisgendered, heterosexual, and men are usually reserved specifics rights that other people of different identities do not receive. The biggest thing you can do is to understand that you are privileged in some way. You may not be white or a man, but if you’re cishet then you’re probably privileged in your sexuality. By recognizing your privilege, and checking it at the door, you will be better able to help those without your privilege.

Speak up, but not too much

Many people think being an ally means speaking up for those in the LGBTQIA community and supporting them by using your voice. Yes, this is a great way to use privilege to your advantage, to make sure these issues are recognized by other privileged people. However, it’s also important to point out that your voice as an ally should not overpower the oppressed voices. Learn when it’s right to speak and when it’s more important to lift up others’ voices. Your voice has power, but so does your ability to raise up the voices of others.

One of the biggest issues with society today is that people do tend to assume things. Whenever you pass someone on the street you judge and make assumptions about their life and who they are. As an ally, it’s best to stop assuming things about people. Stop assuming everyone you know or talk to is straight. Stop assuming peoples’ gender whenever you meet them or see them acting a certain way. You shouldn’t assume someone with a big midsection is pregnant, so stop assuming that every person you meet is heterosexual and cisgendered.

Often if people are trying to be an ally and they’re religious or they don’t agree with the LGBTQIA community, they will say they “hate the sin but love the sinner.” They will sometimes make comments that suggest that they truly do not accept queer people. While I’m not here to tell you to change your religious views or change your own identity, I am here to tell you be more accepting. Recognize how hurtful your comments can be, and adjust the way you discuss these topics. If you want to be an effective ally, you have to learn how to be more accepting of people in the community.

Similar to making assumptions, a great way to be an ally is to overcome those stereotypes that have been ingrained in us by society. People are more than just stereotypes, whether they’re in the LGBTQIA community or other communities. Each of us are individuals, and we do not have to conform to what you think we should be.

Published in Culture and Favorites