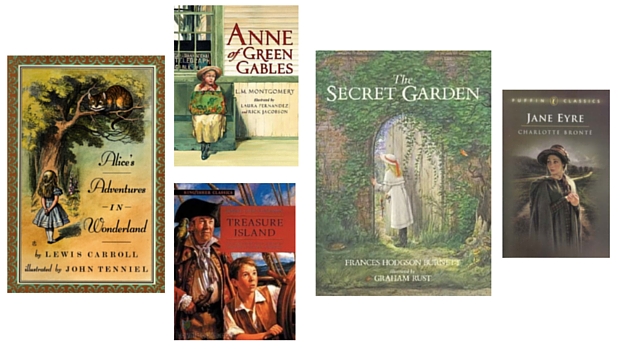 Book Lover's Day: Must-read books and the coffeehouses to read them in

In order to celebrate Book Lover’s Day, we’ve rounded up some classic, must-read books and the best coffeehouses to read them in! Bibliophiles rejoice.

Bronte’s classic novel tells the tale of a young girl’s struggle to make something of herself in the world, from the tyranny she endures as a poor orphan under her Aunt’s roof and the deplorable conditions she lives in at Lowood school to the dark secrets she encounters in her role as Governess at Thornfield Hall, the home of the enigmatic and alluring Mr. Rochester. Strong-willed and resilient, Jane longs for the independence that Victorian England denied women, and her story stands as a timeless example of a woman’s determination to choose her own path in life in the face of hardship and ridicule.

A beloved children’s favorite about little Mary Lennox, who goes to live in the English manor house of her reclusive uncle after her parents die of Cholera, The Secret Garden is a timeless classic about the beauty of nature, the healing power of love, and a belief in magic. As the Yorkshire sunshine softens Mary’s hard little heart and she befriends the animal charmer Dicken, her invalid cousin Colin, and a host of gentle creatures, you’ll laugh with her and cry with her as she learns how to love, how to trust, and how to reach outside herself to nurture the world around her.

When 11 year-old orphan Anne Shirley goes to live with the middle-aged brother and sister Matthew and Marilla Cuthbert, she discovers that there’s been some mistake and that they had actually wanted to adopt a boy. While this debacle initially drops Anne into a world where she fears being rejected and unloved, you’ll ultimately be rewarded as Anne’s spirited imagination and kind heart win over everyone whose life she touches. This is a heartwarming story of love and friendship and a poignant reminder that sometimes life not working out the way we want it to is actually the best thing that can happen.

A classic work of Victorian Children’s Fiction, this is a whimsical tale of magic and nonsense in which Alice finds herself in an imaginary world after chasing a white rabbit she sees while sitting quietly on the riverbank. Opening this novel invites you to fall down the proverbial rabbit hole and into a world of talking animals and magic mushrooms that cause Alice to grow or shrink depending on which side she eats. This novel has delighted children and adults alike with its blurring of the boundaries between real and make-believe and the all-too real sensation of trying to find our way around a world we can’t make sense of.

Traditionally considered a coming-of-age story, Treasure Island is a tale noted for its atmosphere, characters and action, and also as a wry commentary on the ambiguity of morality, as seen in Long John Silver, which is unusual for children’s literature. It is one of the most frequently dramatized of all novels. The influence of Treasure Island on popular perceptions of pirates is enormous, including such elements as treasure maps marked with an “X,” schooners, the Black Spot, tropical islands, and one-legged seamen bearing parrots on their shoulders.

Published in Favorites and Wably Travel