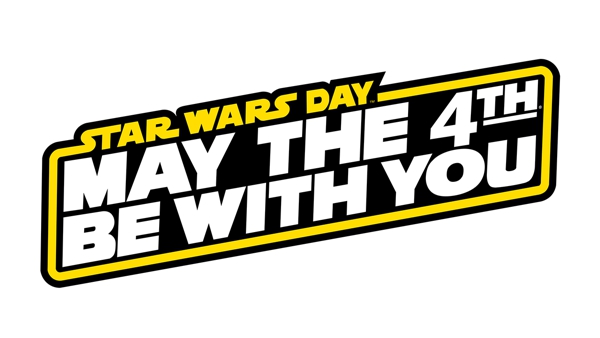 Hey Star Trek Fans, May the 4th Be With You, Too!

May the 4th be with you!

Now that we’ve gotten that bit out of the way, let’s talk about Star Wars and Star Trek.
If you’re a fan of neither, they might seem pretty similar. There are lasers in both, lots of weird-looking aliens, and you probably remember that the weird kid who used to sit in the back of the cafeteria and dip his fries in mayonnaise loved talking about them. But believe me, there are vast differences between the two and if you’ve got an hour or seven and a bottle of whiskey, I’ll gladly tell you all about them.
First, let’s get some definitions out of the way.

Science-Fantasy: a mixed genre within the umbrella of speculative fiction which simultaneously draws upon and/or combines tropes and elements from both science-fiction and fantasy
Science- Fiction: fiction based on imagined future scientific or technological advances and major social or environmental changes, frequently portraying space or time travel and life on other planets. 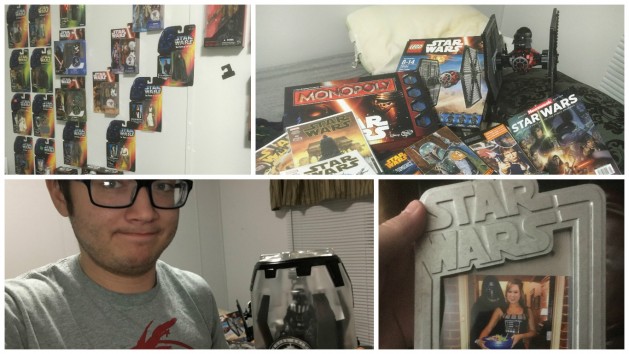 Ok, maybe that’s a bit rash of me to say, but let me elaborate.
As you can see by the poorly edited collage above, I’m a bit of a Star Wars fan. I’ve got action figures, comic books, puzzles, video games, LEGO sets, and yes, I even sprang the ridiculous price of $99 for the Blu-Ray box set. I grew up watching the VHS copies of the then recently re-released Special Edition Original Trilogy and I waited in line (admittedly, with a little less enthusiasm every time) for all of the prequels. When word was announced that the Expanded Universe (all of the books, graphic novels, comics, and video games that told the story of what happened after Return of the Jedi and what happened before The Phantom Menace) was going to be scrapped so that a new film trilogy could be made, I died a little bit inside. But even after that brief heartbreak, I still managed to fly myself out to New York City so that I could watch the theatrical premiere of Star Wars Episode VII: The Force Awakens this past December with my Star Wars-loving cousin.
So do you believe that I’m a fan yet? If not, I’d hate to see what you do when you’re obsessed with something. 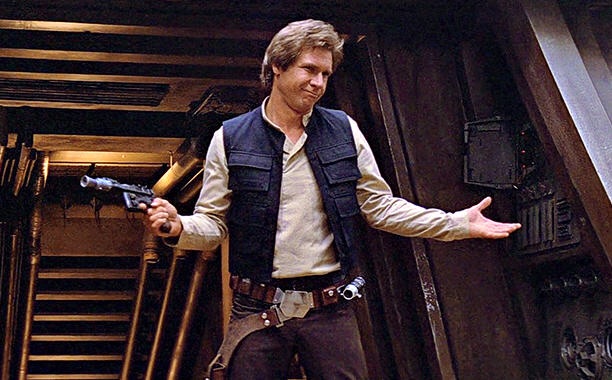 What is Star Wars about?

What Star Wars really boils down to isn’t a very hard question to answer.
Star Wars is a science-fantasy film series that combines archetypes of characters we already know and love like the handsome rogue (Han Solo), the young and adventure-seeking hero (Luke Skywalker), the wise old man (Obi-Wan Kenobi), the princess (Leia Organa), and the comic relief (C-3P0 and R2-D2) with the thrilling concept of space and futuristic technology. With a sprinkle of a mystical force (Ha!) that binds every living thing together and a badass villain with a cool voice and you’ve got a pop culture phenomenon ripe for the picking.
The original Star Wars was a blockbuster film about a boy from a small town on a tiny planet who was destined for greatness. Released in 1977, George Lucas’s magnum opus changed the way the film industry made and, more importantly, marketed movies. With its sequels The Empire Strikes Back and Return of the Jedi, Star Wars became a household name. After the release of a prequel series that didn’t quite live up to most fans’ expectations (but still managed to make obscene amounts of money) many thought Star Wars was over. But with the sale of the property to Disney for a record $4 billion dollars, Star Wars came back with a bang in 2015’s well-received The Force Awakens.

So what’s so different about Star Trek?

In short, everything. Star Trek is, for the most part, a science-fiction TV and film series. Why do I say “…for the most part?” We’ll get to that in a minute.
The original Star Trek was a TV show that ran for three seasons in the 1960’s, with a film series booting up in the 80s, and has managed to remain a pop culture phenomenon ever since. With characters like Captain Kirk, Dr. Spock, and KHAAAAAAAAAAAN, Star Trek captured the hearts and minds of millions with its well-written storylines and a willingness to push the boundaries of broadcast television and American society at-large.
Star Trek was followed by a series of successful movies starring its original TV cast, another TV series Star Trek: The Next Generation and its subsequent movie series, another TV series Star Trek: Deep Space 9, another series Star Trek: Enterprise, and now, a rebooted movie series that started with a reimagining of the original TV series, 2009’s Star Trek. Did you catch all that? Confusing, I know.
The reason I said that the series was, “for the most part” a science-fiction series was precisely because of this newer version of the franchise. The original Star Trek and all of the related properties released up until the 2009 film were science-fiction in nature. The new film and its sequel Star Trek: Into Darkness, with all of their explosions, fist fights, and not-so-reliable science has definitely tried to take a play out of Star Wars space-fantasy book.

So is one really better than the other?

Of course not, I just wrote that to piss off the people in my office who like Star Trek more than I do. Both are completely different animals.
While the original Star Trek aimed to make commentary on social values and invoke discussions about how we treat one another now (and how we could change that for the better in the future), Star Wars is more a retelling of some of humanity’s favorite stories in a fun and inventive way. Comparing the two, while extremely fun and taxing at the same time, is like comparing apples and oranges.
Like what you like! And if you don’t know much about either one of these cultural behemoths, check them out!

If you liked this article, make sure and check out the video below from Red Letter Media for a hilarious breakdown of what differentiates the two space sagas!

This article was originally published on May 4, 2016. Featured Image: justjennrecipes.com

May the laughs be with you! Check out these other Wably favorites: 25 Most Disturbing Urban Dictionary Words Ever, 15 Things That Should Never Have Been Invented, and These 15 Celebrities Are Bigger Dungeons and Dragons Fanboys (And Girls) Than You Are