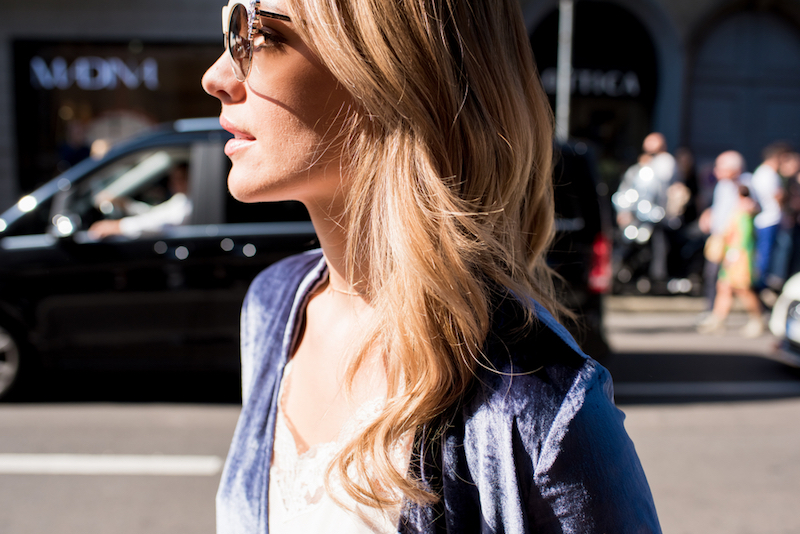 Stop stressing about these beauty "flaws"

What constitutes a beauty flaw? Anything that can make money.
Okay, there are some things that are legitimately uncomfortable – cystic acne, missing teeth, boobs that threaten to break your own face if you move faster than an amble – handling these things is money well spent. But, historically, a great way to make a buck (or billions) is to create anxiety about bodies being normal. This was the case for the creation of ladies’ razors, mouthwash, and deodorant. We’ve created a new, higher-maintenance normal based on advertising initiatives.
Now, I’m not going to tell you to stop using deodorant, especially if you like having flower-scented armpits. I’m not even going to tell you to stop using the products that “treat” these “problems” if that’s what you want to do. But I’d like to see more perspective surrounding these so-called beauty flaws and many more.


Cellulite is a true success story of freaking people out for no reason. Dermatologists and cosmetic surgeons call it an ailment, and there are all kinds of treatments and preventions touted (like not going through puberty, I guess.) Maybe it’s just me, but arthritis is an ailment. Cellulite is just butt fat.
Despite any number of snake oil claims, cellulite won’t vanish completely no matter how thin and fit you are or how many creams you try because the bumpiness is caused by the internal structure of the skin in conjunction with fat cells and connective tissue. So until The Magic School Bus starts doing cosmetic procedures, nothing will change it.
Luckily, it isn’t a big deal. My cellulite doesn’t even hurt. Yeah, I have cellulite. The vast majority of women (between 85-98%) have cellulite. Some doctors even consider it a secondary sex characteristic like breasts. If someone gives you crap about cellulite, maybe they just don’t like women in general.

via GIPHY
There are skin problems that are really uncomfortable like acne, eczema, and psoriasis. But big pores? Please. Your skin is supposed to have pores, and for some people they’re visible, especially if you use a magnifying mirror to really ratchet up the worry. They may prevent you from having that perfect silicone robot look, but that doesn’t mean your skin isn’t healthy. Pore size is something that you’re born with and increases with age; it isn’t an indicator of health.
Not that you’d know it from advertisements.
Beauty products made to lessen the appearance of large pores talk about dirt, blackheads, and toxins like your pores are big because they’re full of pizza boxes and fish skeletons and other garbage. But the stuff you rip out or buff away are likely sebaceous filaments: the normal stuff in your pores that keep your skin hydrated and lubricated. They also always come back.

via GIPHY
It really drives the conspiracy theorist in me to see foundation garments sold to cover up other foundation garments. It’s like an underwear inception of discomfort. I’m waiting for the layered-petticoat and whale bone look to come back at this point. Never mind that you can’t even see your back bra bulge. IT’S BEHIND YOU. You need to put forth extra effort to be worried about this.
The thing about back bra bulge is that unless you’re don’t wear bras or are rather thin, you’re going have it. No bra will sit lightly above your curves so long as you’re made of flesh. If you put a rubber band around your finger snuggly it’s going to make a dent. Is your finger hideous or something? Naw, you’re just wearing a rubber band.
Even Victoria’s Secret retouches their models to eliminate various creases and bumps caused by garments and having bodies. They’re still in the upper echelon of conventional beauty and un-retouched photos reflect that, but if a professional skinny person can’t eliminate bra bulges entirely, I don’t see why anyone else would be able to.