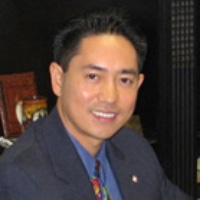 Tahir Mella and the Melladys

Started in 1976 by the late attorney Ynocencio de Castro Mella, Tahir Mella’s family has continued a tradition in their musical group, the Melladys.

Out of all of my passions—my family and the music we have made together tops them all. Music is a universal language, capable of connecting with people no matter what language they speak.”
— Tahir Mella

PHILADELPHIA, PENNSYLVANIA, UNITED STATES, April 28, 2021 /EINPresswire.com/ — It is hard to define who Tahir Mella really is unless you actually know him. He likes to skydive. He likes to write fiction. He is a painter and equestrian. He is a pilot and a traveler. He is a wine enthusiast. Tahir Mella has a passion for immigration law. However, maybe more importantly, Tahir Mella loves his family and music, and perhaps places these two aspects of his life far above anything else. Why is that the case?

Spanning back several decades, in 1976 Mella’s late father, Ynocencio de Castro Mella, and his late mother, Lolita Ranoja Mella, started a musical group called the Melladys. Ynocencio and Lolita were married for an impressive 60-years, during which they had five children: Khasim, Ramel, Thaib, Princess, and Tahir.

Despite often living a traditional Filipino life, the Mella family created something new and modern too. Something that had never been created before. During such a pivotal era, filled with social and political change and cultural upheaval, the sound of the Melladys reflected all of that in many ways. Add in traditional Filipino life, five children with different attributes and contributions to the group, and a strong desire for change, birthed the unique and resonating sound of the Melladys. The group’s same eclectic and distinct sound is often described for its flair has carried on through the years, with Tahir taking the reins in carrying that on by adding a more modern, contemporary twist to the music of the past.

Like his mother and father who enjoyed a long marriage with five children, Tahir and his wife also have a strong marriage and five children—all of whom possess unique qualities and experiences that impact how Tahir approaches composition and performs. Similarly, both Tahir and his late father appreciated the life of academia and studied law extensively. Tahir’s studies and passion for law undoubtedly helped him write and perform music—as surely was the case for his father as well. The learned attention to detail and patience required to study law has undoubtedly paid dividends for his musical career.

As an executive producer with John E. Mendell of the Melladys, Tahir Mella hopes to continue to grow the band and expand its reach. He hopes by reviving the Melladys’ tradition of music and family, he can help bring back its passion for his family and all who have the opportunity to appreciate what his parents started decades ago.