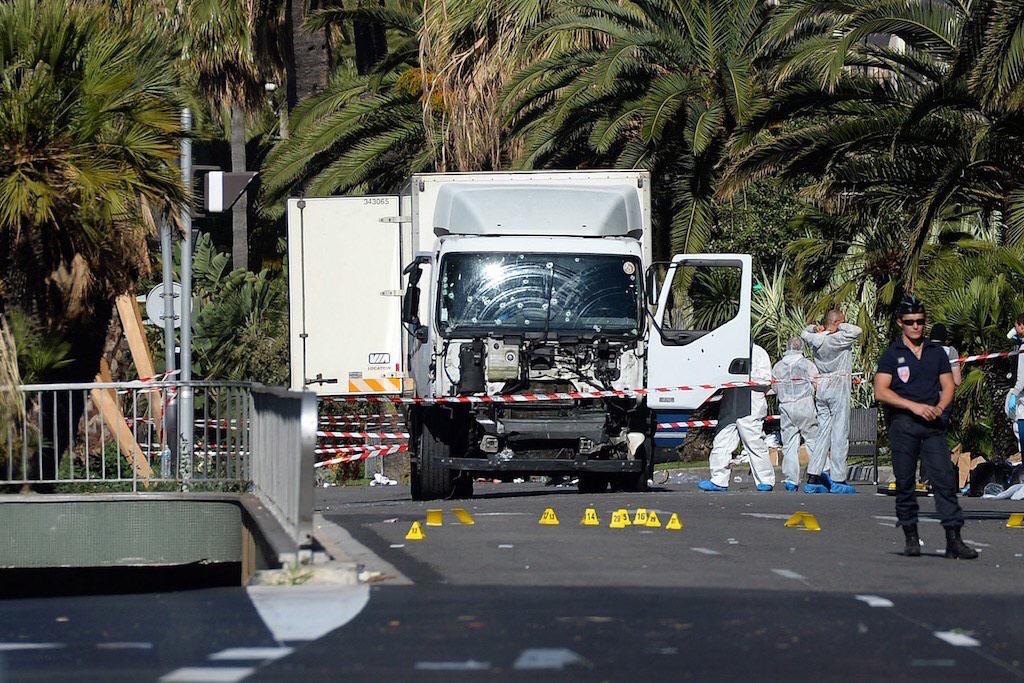 As 2016 comes to a close, it’s impossible not to look back on the year as a whole. The general consensus of the world at large seems to be that this year, well . . . it sucked. It sucked real hard. Even in the realm of video games, what should be sources of joy and entertainment, there was more than this year’s fair share of duds.
To be fair, we tried to spread the hate around. From consoles to PCs, FPS to RPG, and everything else in between, there was a lot to loathe. And so, for your amusement and soon-to-be groans of remembrance, here are the top 5 worst games of 2016.

Some might call this one unfair, seeing as how Infinite Warfare has generally positive reviews, but no one can forget the wave of hatred that the Internet collectively spewed over Infinite Warfare when it’s reveal trailer was first released. The video is currently the second most disliked video on Youtube with over 3 million dislikes and counting.
Why the hate? There are a lot of reasons. Some gamers are just sick of what was once a groundbreaking FPS franchise becoming a stagnant, cookie cutter series. Others hated the jump to full blown science-fiction (Call of Duty has flirted with sci-fi in the past, but Infinite Warfare is the first time the two have officially been together), and were instead attracted to literally the exact opposite of it, World War I era shooter Battlefield 1, which was released to massive acclaim.
In the end, even if Infinite Warfare isn’t that bad of a game, in and of itself, it represents the lowest point in the Call of Duty franchise, and thus earns a spot on our list.

At number four on our list, we have a much less controversial entry, No Man’s Sky. Heralded as the promised messiah of the sci-fi genre, No Man’s Sky was to be the most in-depth, immersive, and simply biggest exploration game ever. There were to be quintillions of planets for players to explore. Quintillions. The hype train immediately left the station.
When No Man’s Sky was finally released this year, it was to a gaming public who had expectations so high it never stood a chance. Features had been removed, altered, and overhauled. Things were tweaked. Decisions were made. Essentially, development happened.
Instead of a vast ocean, players were given a shallow ocean. No Man’s Sky was still a massive universe to explore, it just turned out to be not very fun to explore. The internet raged. Claims were made that the developers had falsely advertised the game. Subreddit after subreddit filled to the brim with bile at the mere mention of No Man’s Sky, and ultimately, unjustly or not, ensured that it would be remembered as one of the most reviled games of all time.

It was a bad year for developers completely misreading what their fans wanted, as Metroid Prime: Federation Force proves. Ever since the Metroid franchise was revitalized by the Metroid Prime series, Nintendo has been trying and failing to recapture the same glory. Nothing showcases that more than Federation Force.
Rather than sticking to series mainstay Samus Aran, Nintendo took a big gamble by opting instead to focus on the exploits of the Galactic Federation’s Marines. And they lost, big. Fans who had been waiting years for even a whisper of another Metroid game revolted at the mere thought of a Metroid game that didn’t focus on Samus.
To rub salt in the wound, Federation Force turned out to be an absolutely terrible game. Poor controls, restrictive mechanics, and just in general being not fun will forever leave Federation Force as a stain on Metroid‘s good reputation.

Never heard of this game? Lucky you. Star Ocean: Integrity and Faithlessness is the newest entry in what was once of the most beloved JRPG series of all time that isn’t named Final Fantasy. Less a game than every JRPG critic’s usual complaints given physical form while lacking any of the redeeming qualities that used to let you ignore said critics, Integrity and Faithlessness was quite simply a mistake.
After the Star Ocean series was considered officially killed by the third entry, and then murdered a second time by the fourth entry, the corpse was stitched back together and revived for entry number five. Despite many fans hopeful expectations, Integrity and Faithlessness turned out to be their worst nightmares come true.
The plot is incomprehensible, the enemies are repaint after repaint, the open world is a drudge to explore, and the gameplay is just so damn boring. What was intended to be a breath of life into the series, only showed just how out of touch it was not only with modern JRPGs but with modern gaming in general. So long Star Ocean, maybe this time you’ll finally stay in your grave where you belong.

Does anyone remember playing Megaman? Wasn’t that great? Our beloved little blue boy meeting out nine different flavors of blaster powered death to all the naughty robots of the world. But then Capcom decided, somewhere in the early 2000’s that Megaman was done. Good night, sweet prince, and may a chorus of angels sing thee to thy rest . . .
“But no!”, said Keiji Inafune, the man who first designed Megaman and would go on to become a producer on many later games, and so a Kickstarter was born. Led by the man who had created him, Megaman would be given the spiritual successor we all thought he deserved, and its name would be . . . Mighty No. 9.
And after years of development hell, Mighty No. 9  was finally released, and it was an abomination. First off, the game is U-G-L-Y, and it has yet to give us a viable alibi. But even when you put the gut-wrenchingly awful, near painful to look at aesthetics aside, the gameplay is still subpar. At it’s absolute best moments, it can remind the player of the glory days of Megaman, but those moments are scattered amidst poorly designed environments, controls that “mostly” work, and some truly frustrating and unsatisfying boss battles.
2016 was a dark year for video games, and nothing better represents the lowest of the low than Mighty No. 9. Take a bow, you great big loser.
This article originally appeared on Men’s Trait as “Top 5 worst video games of 2016”.