Batman: The Killing Jokes movie is as sexist as the comic 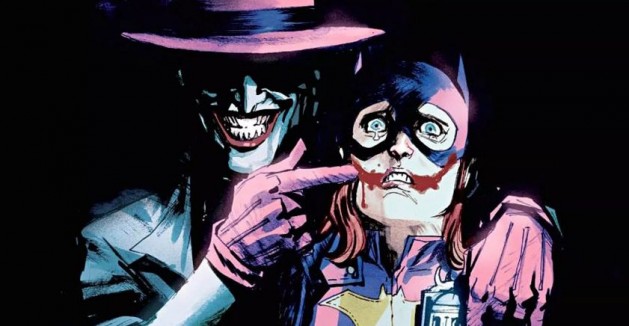 Batman: The Killing Joke is unarguably one of the most powerful, contentious, and controversial comic book stories ever written. Many consider it the ultimate Batman/Joker story. Both their beginning and their inevitable ending. But the story is far from flawless. While it is perhaps the greatest character exploration of both Batman and the Joker to be put to page, it is done at the expense of Barbara Gordon aka Batgirl in a twist that left fans reeling and critics discussing sexism in comics for years to come. When Warner Bros announced that they would be adapting the story into a feature length animated film, fans were both ecstatic and wary to see how DC would handle such a delicate balance between maintaining the integrity of the story and addressing the inherent sexism. Spoiler alert, they do a pretty shitty job.
The Killing Joke was first released in 1988 with a trio of artists coming together to craft the seminal work; Alan Moore as writer, Brian Bolland illustrating, and John Higgins performing the coloring. The story explores the possible origins of the Joker – complicated by the fact that the Joker is a self-admitted unreliable narrator – and Batman’s fears that their “relationship” will ultimately lead to one of their deaths, but the entire narrative hinges upon the Joker’s idea of “one bad day”. The Joker believes that all it takes for someone to go crazy, to become a monster like himself, is just one bad day to push them over the edge. He attempts to make an object lesson of this by trying to drive Commissioner Gordon insane.

The Joker begins by abducting Gordon from his home where he shoots his daughter Barbara Gordon, paralyzing her from the waist down, and proceeds to undress her and take photographs. He uses these photos against Gordon, driving him to the brink of sanity, but Gordon is able to hold on long enough for Batman to arrive and rescue him. Batman then pursues the Joker before finally bringing him down. As the police begin to arrive on the scene, the Joker shares a joke that doubles as a metaphor for the doomed, insane relationship the two share, and Batman can’t help but laugh madly alongside the Joker before the scene pans away and the laughter is suddenly cut short.
The Killing Joke is a poignant and thought-provoking story, but the point of controversy is that it left Batgirl disempowered, disenfranchised, and quite literally crippled as a character. She was tortured and violated for no other reason than to drive the plot of the male characters involved. The crippling of Batgirl is often cited as one of the greatest examples of “women in refrigerators“. Women in refrigerators is a term for the injury, killing, and depowering of female characters as a plot device for male characters, an act which happens a disproportionate amount of the time to female side characters rather than male. The term originates from Green Lantern #54 in which the title hero comes home to his apartment to find a villain has murdered his girlfriend and stuck her corpse into his refrigerator for him to find. 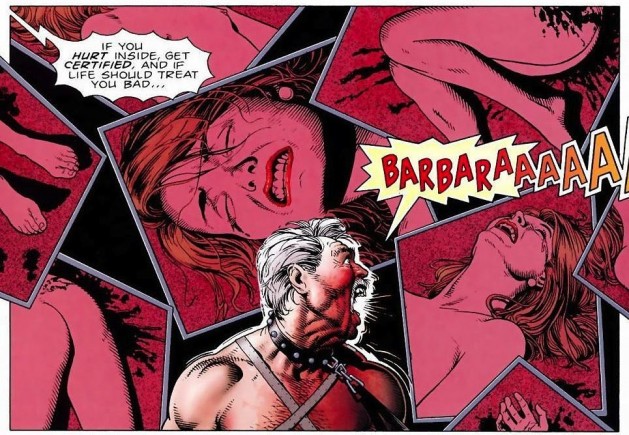 It has been nearly thirty years since The Killing Joke was first released, and modern storytelling has come a long way from the era of expendable, helpless female characters. Going into the project producer Bruce Timm told fans that in order to fit the time slot of a feature film the plot of The Killing Joke would need to be expanded. They would do this by actually giving Batgirl a role in the plot beyond her being assaulted and exploring her more as a character. It was the perfect compromise. The iconic moments would remain unchanged, while Barabara Gordon would be given the story she had deserved so many years ago. Fans couldn’t have been more pleased . . .
Until this year’s Comic-Con, where the movie was shown early to lucky con-goers. Viewers watched, with dawning horror, to find out that Batgirl’s expanded role was to have to sex on a rooftop with Batman, a character who she has always had a daughter-father relationship with. The first thirty minutes of the film depict Batgirl pining over Batman before finally getting what she wants after a pinning him to the ground. You can watch the whole scene in all its awkward, seat-squirming glory below.

Afterwards Batman stops talking to/working with Batgirl out of the same level of awkward discomfort the audience feels. The next forty-five minutes of the movie plays out the same as The Killing Joke was written, but now with . . . that hanging over the whole affair.
When Bruce Timm and writer Brian Azzerello sat down to concoct this way of expanding The Killing Joke storyline it is clear that they did so in the mindset of 1988. Having a female character become a romantic interest for the male protagonist does not empower her, it does not give her agency, and it does nothing to make the plot point of her being crippled later any more meaningful. All it does is give the male protagonist further motivation to stop the bad guy. Timm and Azzerello had the opportunity to expand upon an iconic piece of work in a way that was not only much wanted but in this day and age much needed, and instead they chose to pointlessly add a sex scene to at best stir up more controversy and at worst exercise some male power fantasy. 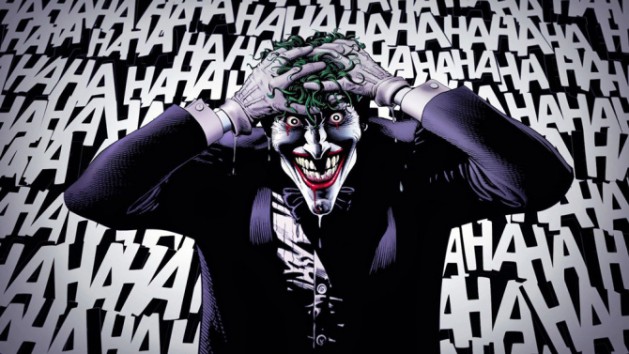 This scene would have been reviled in any Batman film or comic, but the fact that it was added to a piece of work so long criticized for its mistreatment of female characters shows a lack of tact, talent, and basic social awareness that it continues to baffle fans. The Killing Joke movie was a chance to extend a hand across the gap to female comic book fans, feminists, and modern sensibilities. Well a hand was certainly extended, but only so it could offer a slap to the face.
It is important to note here though, despite Timm and Azzerello’s best efforts, The Killing Joke is still an excellent film. It is still an amazing and innovative look at the characters of Batman and the Joker, and a fascinating take on following their relationship to its logical end. The voice acting of Keving Conroy and Mark Hamill, two actors long considered to be the undisputed representatives of Batman and the Joker respectively, is the best it has ever been. While the treatment of Batgirl’s character is still a low moment for the movie, it by no means invalidates the rest of the incredible story.
What more can be said? An opportunity was missed. Instead of healing old scars, The Killing Joke only caused new wounds. It is always disheartening and depressing when traveling down a long road to look back and realize you hadn’t come as far as you thought. Maybe one day in the future comic books will be able to escape the shadows of their darker past, but today . . . today is not that day.