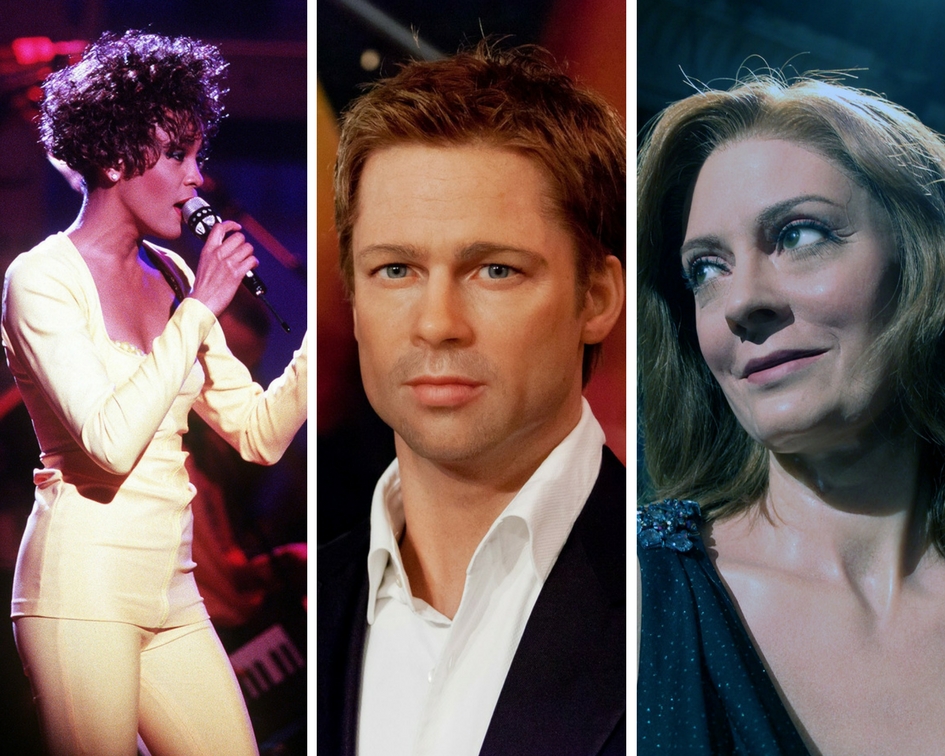 Celebrity breakups can be heart-wrenching affairs. For some reason, we tend to become emotionally attached to celebrity couples that we feel belong together. Once that couple has adorned the cover of enough magazines, gazing lovingly into each other’s eyes or holding hands like kids on a sidewalk, we start rooting for them. We hope that against all odds, this or that celebrity couple will stay together until death does them part.

Alas, it’s not always to be, as the following heartbreaking celebrity breakups can attest to.

When beautiful Gwyneth Paltrow married talented Chris Martin in 2003, we were ecstatic. A steady stream of celebrity photos followed, with Gwyneth happily dancing and cheering her husband from the audience while Chris played with his hit band, Coldplay. The match was perfect. They were perfect. They even had a perfect little baby with a perfectly pure name, Apple. And then…something happened. We don’t know what. Was it Gwyneth’s dictator-like rules about healthy eating that drove Chris away? Was it Chris’s fanatic dedication to his (insanely genius) musical creations that made Gwyneth crave attention elsewhere? We may never know exactly what caused this heartbreaking celebrity breakup. But we do know that Chris and Gwyneth are so awesome that they didn’t technically break up. They “uncoupled.”

The drama swirling around the Brangelina breakup is almost as chaotic as the drama they’ve stirred up from the moment they first got together. From day one, it’s been a whirlwind of story after story of betrayal, adventure, adoption, adoption again, intrigue, accusations, and conjecture. When will it end, and why did it have to end? Here you had, arguably, the two most attractive celebrities on the planet, and they couldn’t make it work? What chance do the rest of us have? And who’s going to be on the cover of the glossies now? The only good thing that comes from the Brangelina breakup is that they probably won’t do any more bad movies together. There’s some comfort in that.

If anyone had it all together in the relationship department, it’s Susan Sarandon and Tim Robbins. Thriving in an open, no commitment relationship—for 23 years!—without the bonds of official matrimony, these two thought they’d be together forever. So did we, and we’re heartbroken over their breakup. Did they start taking each other for granted? Maybe. There are no easy answers. One thing, though. We still don’t like seeing Susan with anyone else, which is why she doesn’t flaunt her young lovers in front of the cameras very often. Yeah, she’d better not.

The Barbie and Ken of house reno show, “Flip or Flop” called it quits in 2017. We tuned in to their show just to see for ourselves how it was even possible for two perfectly gorgeous people to exist in the world. (Oh, and the house renovations, too.) Unfortunately, according to Tarek, fame and a lack of communication broke down their marriage, along with the stresses of work, illness and constantly being in the public eye. Though the divorce isn’t final-final, we don’t see much hope for reconciliation, since they each are already seeing other people. It’s a shame. No more procreating insanely gorgeous children.

Okay, technically the Beatles weren’t in a romantic relationship, but this is one of many celebrity breakups that hit us just as hard as if they were. The story goes that Yoko Ono’s heavy influence and physical presence—even during studio recordings—coupled with John Lennon’s gravitational pull to spirituality played a big part in breaking up the Beatles. However, the death of their manager, Brian Epstein, also caused significant infighting, when Paul, Ringo, John and George all had to take over the finances and contracts for the business. By 1970, they had each begun recording solo tracks, with varying degrees of success. It became clear that the days of the Beatles as we knew them were over. Strange days indeed.

Songbird Whitney Houston sent shivers down our spine when she sang, but also when we read about her descent into darkness over drug addiction. Her beloved Bobby Brown, husband of 15 years, may or may not have played a part in her problems with drugs and alcohol, but that relationship ended once and for all in 2007. Whitney never recovered from the breakup or her personal battles, and the resulting dual tragedies of her death in 2012, plus her daughter’s demise in 2015 still haunt us today. We miss you, Whitney.

What celebrity breakups have shocked or upset you the most? Let us know in the comments section below.