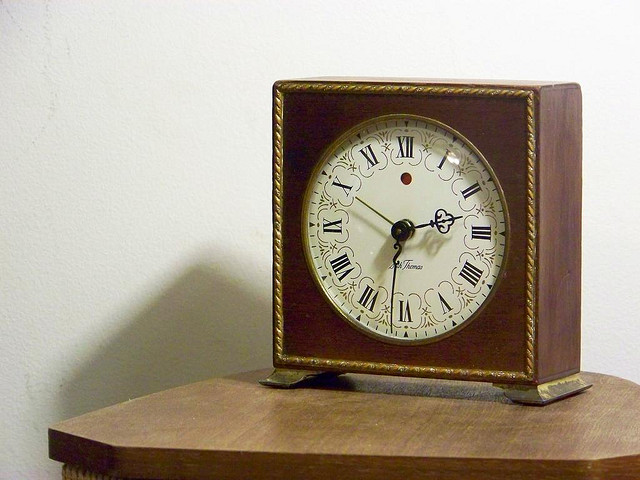 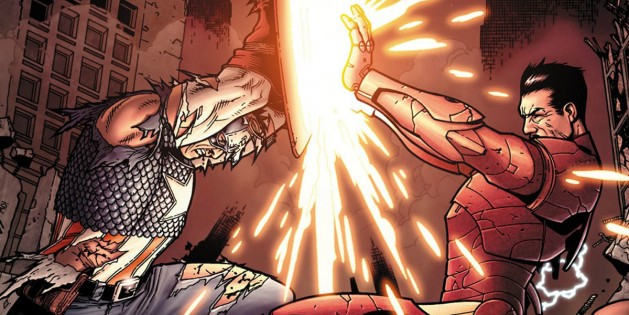 Captain America: Civil War may easily be the greatest Marvel movie to date. The film was action-packed, funny, emotional, and succeeded in the nearly impossible of delivering an effective story while giving screen time to each of the big name heroes in its line-up. But how does it stack up against the original Civil War plotline in the Marvel comic books?

Both the Civil War comic and film start off when one superhero-ing incident goes wrong, and the world begins to question leaving heroes unsupervised. In the film, this is the battle with Crossbones and his crew versus the New Avengers (well most of them, Warmachine and Vision decided to sit that one out apparently) which ultimately results in an explosion that kills several civilians – with Scarlet Witch to blame in the public’s eye.
The initiating incident of the Civil War comics is similar to the film only in that there was an explosion. A group of superheroes known as the New Warriors is fighting a supervillain that is way out of their league while filming a reality TV show about themselves. Predictably, and largely due to the incompetence of the New Warriors, a villain name Nitro explodes –  much like Crossbones in the film – and levels the town of Stamford, Connecticut, killing over 600 people including most of the New Warriors.
Afterward the US government (comic) / United Nations (film) decide it is time to regulate superheroes.

In the film, the regulation of superheroes comes in the form of the Sokovia Accords, a nod to the destructive end of Avengers: Age of Ultron. This is instated by the United Nations as the battle with Crossbone in Lagos against a US-based group makes this an international incident. The Sokovia Accords dictate that the UN would decide when and where the Avengers would intervene, if at all. Unsurprisingly, the members of the Avengers are conflicted about whether to agree to the Accords.
The comics version of the Sokovia Accords is the Superhero Registration Act passed by the US Congress. The SRA is significantly more draconian than the Accords. Anyone with enhanced abilities would be required to reveal their identity to the government and agree to be trained as a superhero whether they want to fight crime or not. If an individual does not agree to the SRA then they lose all legal status allowing for them to be imprisoned without trial.
In both, Ironman is pro-registration while Captain America is against it.

While fairly similar in premise, after the introduction to the conflict the movie and comics become radically different, almost to the point where they are hardly related. While the movie takes place over a few days, the comic storyline continues for weeks with multiple clashes between different members of the two factions rather than the single climatic battle at the airport in the film.
The role of Spiderman is fairly similar in the two versions of Civil War. Spidey is quickly recruited by Tony Stark to the pro-registration side, and Stark even builds him a new suit. While the movie version is simply a reinterpretation of the classic spidey suit – albeit with some fancy lenses – the comic version is a metal suit colored with Ironman red and gold known as the Iron Spider.
Black Panther does not have as large a role in the Civil War comics as he does in the film (their loss right?), but parts of his story in the comics do appear. While Black Panther is initially hesitant to agree to the SRA he doesn’t immediately take sides. Ultimately after voicing his disagreement with the SRA, he battles a clone of Thor (don’t ask) which results in the destruction of a Wakandan embassy – similar to the Wakandans who died in the Lagos incident of the movie. After this Black Panther officially joins Captain America’s side, unlike the film where he stays pro-registration.

The final battles of the two Civil War storylines are also very different. While the film is a very personal battle between Ironman vs Captain America and Winter Soldier that ends in Ironman’s defeat, the comics have Cap lose the fight. Not to Ironman, but to a group of survivors who hold on to him and beg him to stop fighting because of how these fights endanger bystanders. Captain America agrees and surrenders himself.
After the battle, events play out similarly in the two storylines with an incredibly notable exception. The Sokovia Accords/SRA go into full effect with most heroes accepting them. Those who don’t go into hiding planning to help people in spite of the law. And that is where the movie ends. The comic ends with Captain America being taken to stand trial for his crimes. Before he gets there, he is shot by Crossbones (remember him?) and then finished off by a shot from a hypnotized Sharon Carter (who you might remember making out with Steve a little in the movie).

While comparing the two is like apples and oranges considering the vastly different media, for most Captain America: Civil War will be superior to the comic storyline. While the comic is full of the plot holes and obvious changes in creators halfway through, the movie tells a coherent and powerful story. Whichever of the two you prefer, both are a great twist on the classic superhero formula that have already left an enduring legacy on the genre.