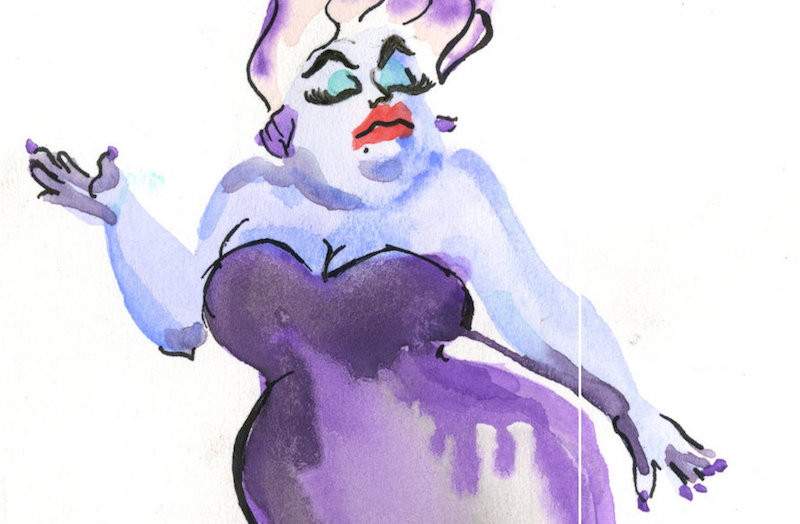 Say what you will about becoming a fixture in children’s nightmares, but Disney villainesses are living their best lives (except for the whole getting vanquished thing.)
While the classic princess spends a lot of time looking pretty and doing chores, the villain is busy leaning in. Look, would you rather be scrubbing floors and waiting for some rich stranger to touch you while you’re sleeping or would you rather be out there kicking ass and taking names?
If there’s anything to be learned from the movies that have forever ruined your romantic calibration, it’s that the villainesses are worth emulating (except for the whole evil thing.)


A person who decides that murder, destruction, insurrection, and treason are worthy pursuits has to have a lot of self-confidence. The quibbling doubts of, “What if I get impaled for this?” are met with the resounding answer of, “Only if I fail. And that’s not gonna happen.”
Okay, so there’s confidence and there’s delusion. However! Think of all the stuff you’d get done if you spent less time doubting yourself and just going for it. Plus self-confidence allows you to really put yourself out there in a way that makes success more likely. Yes, confidence should be rooted in reality, but you also shouldn’t let baseless self-doubt get in your way.


You’d think everyone recoiling, gasping, and cringing whenever you enter a room would get a person down. Not the Disney villainess.
She has her own agenda that doesn’t include the adoration of townsfolk who amount to living set dressing. She saves her time and attention for the people who will actually affect her life and nefarious goals, not the randos on the street.
Now there are haters she needs to deal with, one way or another, but she doesn’t worry about what they think of her. They can shut-up and help or get out of her way.
If you have haters, it’s probably because you’re getting stuff done.


A woman who shows up to a christening in gouts of green flame, horns, and a black dress is a woman who enjoys her own personal style no matter what.
Or how about Ursula with her cool-aunt haircut and bright cosmetics? She has the power to look like anyone, but she loves looking like herself.
Bold personal style is about subverting convention in favor of your own preferences. Instead of being like those princesses who just accept whatever clothes someone gives them (this comes up a surprising amount), you can take charge of your look and own it.

You don’t need no man


Disney villainesses are almost always single. Maybe it’s because their personalities aren’t conducive to a long-term relationship. But they also don’t subscribe to the idea that all their hopes and dreams can be fulfilled via romantic love. I’m not saying romantic love isn’t great, but most of the time it won’t get you a promotion. (If it does, that’s a red flag. GTFO.)
Villainesses are independent and self-assured. They don’t define themselves by their role in someone else’s life. I’m not saying that these ladies would say no to a bit of bump and grind, but they’re already the mistresses of their own domains. No prince required.

Set a goal and have a plan


Now, I don’t agree with the killing young women, enslaving people in your creepy water garden, world domination, etc. However, it must be said that villainesses set goals and have plans to meet them. They mostly think things through with step-by-step measures that lead them closer to their end goals. They plan in advance, stick to their schedules, and adapt their strategies as necessary. They also don’t fall prey to magical thinking unless they are literally magical. (Looking at you princesses. “One Day My Prince Will Come.” Really? Why would you think that? You are hiding from all civilization including princes.)
I realize that usually none of their evil schemes come to fruition in the movies. Snow White would be a pretty short and horrifying flick if the huntsman just nonchalantly cut her heart out. But outside fairytales things work differently: people don’t become besotted with silent beauties, you don’t sing while you do housework, and you’re much more likely to get what you want if you plan for it.

Published in Favorites and Life