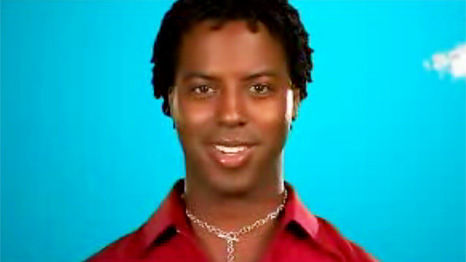 What Ever Happened To The ‘What What In The Butt’ Guy?

That video, “What What in the Butt,” which posited the implications of doing it in the butt, took Youtube by storm back in 2007. It’s undeniably pretty weird. And you may be wondering about the series of decisions that ended up with a man singing about butt-play in front a green screen. Sam Norman, better known as Samwell, is the man in the red shirt/dark slacks combo there, and before the video became viral he was a flight attendant. It’s a fairly typical story of the heady, early days of Youtube, when a couple of friends would film themselves doing something bizzare and put it on the internet, hoping to get some viral fame. This is basically what happened with Samwell, who had some semi-professional film-maker friends with access to a green screen and the germinating seed of a catchy song about butts. At one point someone came up with a repetitive chorus and the rest is history.

So what has Samwell been up to since then? Not a whole lot really. As it turns out having one of the most popular videos on Youtube in 2007 wasn’t a great jumping off point for a career. You have to remember that back then the issue of monetizing viral fame had yet to be worked out, and though Samwell pursued a career as a serious musician, that’s sort of tough when you’re only known as the “What What (In the Butt)” guy. He released a few songs and a safe sex PSA. He was on Tosh.O, twice. Where he took part in a touching acoustic set of the song with Josh Homme of the Queens of the Stone Age.

He played a bit role in a movie that never got any serious traction. He currently lives in Chicago and his most recent role is in a stage adaptation of Hamlet. So basically, like a lot of viral stars from that era, he is still trying to get into showbiz without a lot of success. But perhaps he can take solace in the fact that he will always be remembered for the way, for a brief moment, he made us all laugh a little bit. And then clench our butt cheeks together. Good luck Samwell, I wish you the best in all your future endeavors.