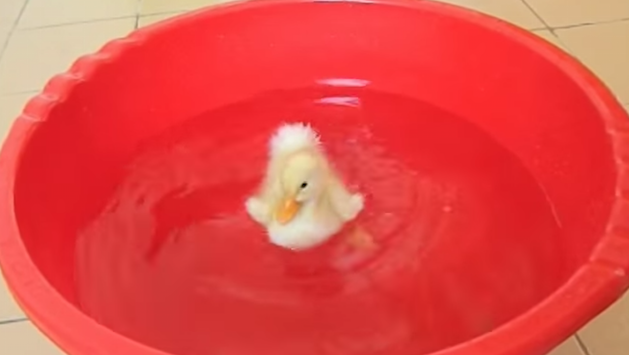 2016 as a great year for movies in general. In terms of sci-fi movies, sure, there were a heck of a lot of reboots and flops that didn’t go over all that well – looking at you Ghostbusters, Suicide Squad, and Warcraft – which typically doesn’t sit all that well with the non-sci-fi familiar Hollywood fat cat, but luckily, 2016 also happened to chock full of some fantastic indie sci-fi and unexpected breakouts.
In fact, one might be able to argue that 2016 was actually kind of a banner year for sci-fi films, as tons of solid pictures came out early and (thankfully) often throughout the year, thus begging the question of whether or not sci-fi is finally here to stay when it comes to mainstream movies. Before we jump to answering that question, let’s take a moment to reflect on the year that was sci-fi at the cinema in 2016 with the earliest of the sci-fi/comic book hits from this year, Deadpool.
Sure, the Merc with a Mouth isn’t necessarily typical sci-fi fodder, and with the way that superhero films seem to have superseded any and all other big budget thrillers, Deadpool served the purpose of mixing up an otherwise homogenous crop of sci-fi-adjacent films. The R-rating did a massive service to both comic books and sci-fi movies with the fact that it proves that not every comic book film has to compromise its source material in the name of merchandising and amusement park rides.
So Deadpool definitely set the standard for R-Rated sci-fi-adjacent films, which is a great, considering before its success there had been plenty of hesitation to do so. The next biggest boon for sci-fi in 2016 was none other than the latest in sci-fi all-father JJ Abrams’ 10 Cloverfield Lane. Kept under the tightest of wraps mere weeks before its release, 10 Cloverfield Lane came out of nowhere with its sci-fi twist, and thus presented a brilliant and tantalizing new prospect in the world of sci-fi – an anthology franchise that isn’t Star Wars. Many will remember the original Cloverfield back in 2008, and the 2016 addition to the anthology is gloriously open ended in whether or not the two are connected, which either way begs the question, could the Cloverfield franchise become this generation’s Twilight Zone?
With Deadpool and 10 Cloverfield Lane, sci-fi fans are fortunate enough to have two facets of a mainstream genre now covered – adult legitimacy and universal expansion, but what else does a genre need in order to become a full fledged genre of mainstream proportions? In one word – indies. All great genres – westerns, dramas, period pieces, you name it – have lush and fervent indie subcultures that will eventually bare witness to the supremacy of the genre as a whole. Luckily for sci-fi fans in 2016, the year was brimming with fantastic sci-fi films of both edgy and quirky proportions. There was Jeff Nichols’ Midnight Special taking a more realist view of the superpower origin story, and then there was The Lobster, a peculiar take on the ideals of monogamy and individuality through a dystopian lens. So with those two, sci-fi has their once and future kings in terms of variety of premises within the genre.
Finally, the last integral facet needed for any genre to be able to say it has “arrived” is the concept that each year, there will inevitably be more than one film from the genre that stands a chance in the prestige picture Oscar race. Most years – for sci-fi, at least – the prestigious sci-fi films have been nothing more than genre fodder, filling the void of the “sci-fi film” at the awards table (think Gravity which actually won a ton of awards, Interstellar, or The Martian). In 2016, however, Denis Vilenueve may have punched his ticket to a potential best director and best picture nomination for his muted sci-fi opus, Arrival. Throw in Midnight Special and the upcoming Christ Pratt/Jennifer Lawrence star vehicle Passengers, and there are more than a few Oscar-worthy sci-fi films.
So, back to the original question – is sci-fi here to stay as a “mainstream” genre of film? In short, the answer is yes. If you look at the final month of 2016 – December – three of the most hotly anticipated films are explicitly sci-fi films. There’s the will-not-fail Rogue One, the video-game turned Michael Fassbender franchise Assassin’s Creed, and the aforementioned Passengers to keep people coming back to the cinema for some good old fashioned sci-fi escapism. So yes, sci-fi in 2016 has made its mark as a titan of cinema, and now its just a matter of time until the genre becomes THE most bankable genre, once super hero movies finally die down.