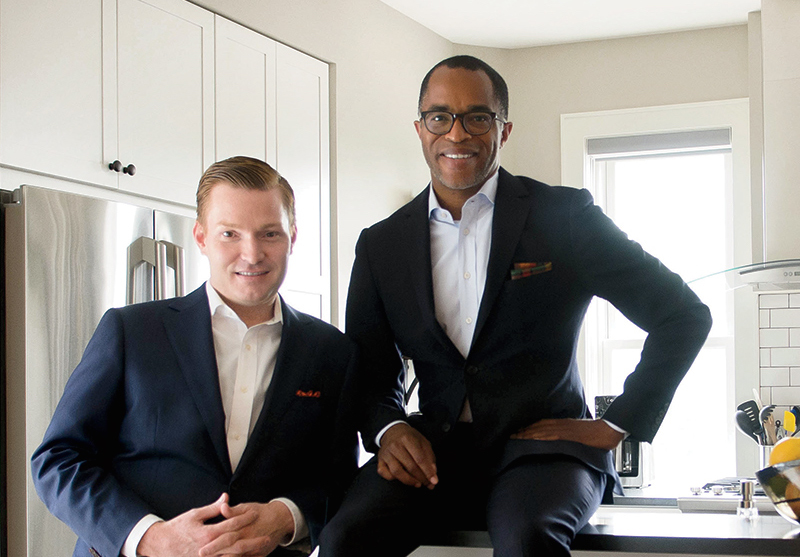 Over the past 24 hours, a flurry of scandal has unfolded involving MSNBC contributor, Washington Post opinion columnist and prolific Clinton supporter Jonathan Capehart.

Writing an opinion piece for the Washington Post, Capehart sought to sling mud at Bernie Sanders — Swiftboat-style — in questioning Bernie Sanders’ past achievements in fighting for civil rights on behalf of African-American communities in the 1960s. (This, itself, isn’t even an original idea, as Capehart was simply jumping on the Establishment’s anti-Sander claims, which continue time after time to be disproved or found to be outright lies. (Here, here, here and here — in case you’d like some background reading.)

But that is not the central thesis of this story. Instead, let’s look a little more closely at Jonathan Capehart himself, and the flurry of lies and misdirections for which he is quickly becoming known.

Capehart, who currently offers his opinions to readers of the Washington Post and viewers on MSNBC, has spent the past five years in a long-term relationship with Nicholas Schmit IV, a long-term Clinton aide. Schmit has served in various capacities for the Clinton family and the US State Department under Clinton since 2004. You can see his full resume on LinkedIn, but we’ve summarized the key timeline of his career here.

2004 – 2007
Schmit graduated from The University of North Dakota in August 2004, and joined the Clinton Foundation, serving in various roles ending with Director of Finance, before leaving to work on Hillary Clinton’s 2008 Presidential campaign.

2007 – 2008
Schmit worked as the Travel Compliance Director for the Hillary Clinton for President campaign, before her primary defeat by now-President, then-Senator Barack Obama.

Whether the last (or any) of the promotions were based on merit or simply Clinton politics as usual is unclear, but regardless, a clear pattern has emerged.

Flash forward to now. In the middle of a heated and contentious primary season that pits the Clinton-establishment against the sweeping change and progress that Sanders promises, and which Obama promised and failed to deliver in full.

Instead of taking a neutral position on the matter to help further Clinton’s policy agenda and talk about how Clinton will move the country forward, Capehart has gone out of his way, time and again, to ensure that the Clintons are presented as the only reasonable choice for the Democratic party. The idea of “politics as usual” as a bad thing is clearly lost on him.

It’s clear that Clinton is the favorite of the Democratic party establishment — despite her arguments that being a woman somehow makes her a non-establishment outsider — when 38.0% of the popular vote translates into 50% of the delegates, thanks to the magic of “party rules”. (More about that here.) So it’s not surprising that Capehart may have a preference for Clinton, and it’s not his political positions that are at issue. He is welcome to support Clinton, Sanders, Trump, Bush, or Jill Stein*, should he choose.

The real issue, it would seem, is that despite the fact that Capehart and Schmit have a history of mixing their personal and professional lives, including Capehart attending official State Department events with Schmit, and that they share a home and life together, Capehart, never saw fit to disclose this conflict of interest, despite his years of work as a blogger.

Instead of admitting his mistake and moving on, Capehart has doubled-down and attacked anyone who questions his “journalistic integrity” as an opinion writer, refusing to acknowledge that his story was factually inaccurate and has already been widely disproven:

Last I checked, you neither know me or know what I do exactly. So stand down. https://t.co/6hVIJyj0d9

I’m a reporter who reports, which is what I’m doing right now about the very thing you’re talking about. 1/2 https://t.co/YFMAoEfsiB

Whether there’s really any direct connection to the Clinton campaign today remains to be seen and is up for question, but it should not be forgotten that Capehart’s long-term partner has the Clinton’s to thank for his career and that, by extension, the Clinton’s have helped pay for his Washington, DC duplex. And knowing that, doesn’t it make the whole situation just seem a little slimy and tawdry?

* Disclosure: We love Jill Stein, but understand that she lacks the name recognition to win. (See, Jonathan, that’s how disclosure works.)