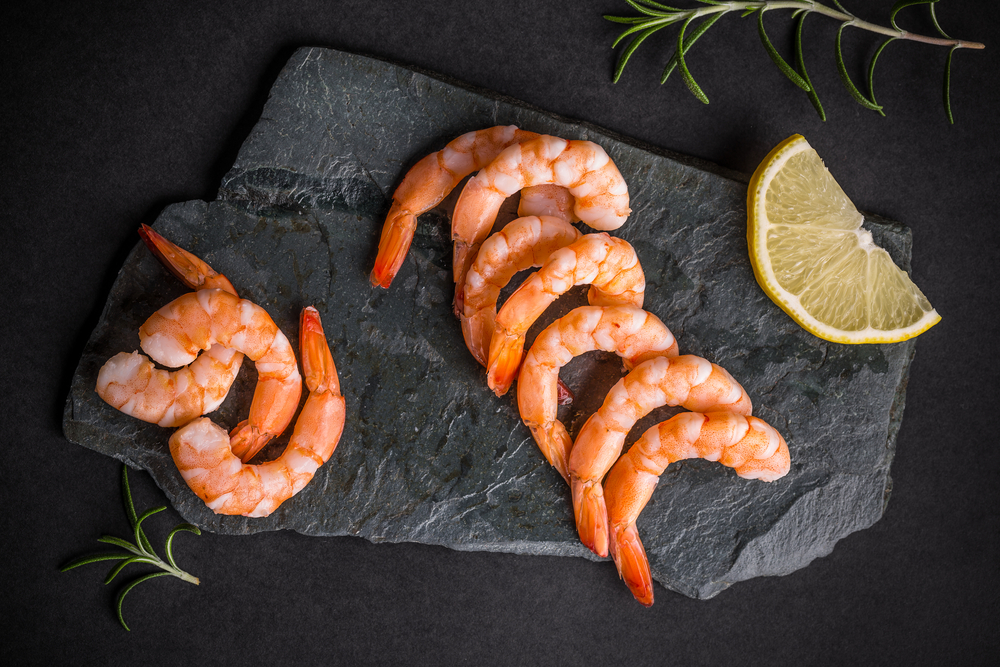 Are you looking for an easy way to combine all the nutrient-dense ingredients that make you feel your best? This Savory Shrimp Scallion Quinoa Bowl with Fresh Kale and Red Peppers is a bountiful and flavorsome recipe made with quinoa, kale, shrimp, scallions, red peppers and cashews. It’s clean, wholesome food that you can serve up for lunch or dinner.
One thing that I really love about this Shrimp Scallion Quinoa Bowl is that it travels so well. Because it isn’t laden down with oils or sauces, it doesn’t get soggy. And yet, it has plenty of natural moisture to make it really tasty when you are ready to eat it.
I’ve brought my Shrimp Scallion Quinoa Bowl to work, on road trips and even to the beach. It’s a light meal that doesn’t leave you feeling heavy or bloated, so it’s fine to eat while you’re stuck in the car on long drives, sitting at your desk all day, or enjoying listening to the waves in your beach lounger. Even though it’s light, it’s very filling and satisfying. Once you’ve had this Shrimp Scallion Quinoa Bowl, you won’t feel hungry again for hours. It may even ride you through the three o’clock afternoon slump!

Quinoa is the main ingredient in the Shrimp Scallion Quinoa Bowl. Now, before you start backing away when I say “grain,” you should know that quinoa is actually only a partial grain. It’s completely gluten-free, so worry no more. It’s one of the only foods with all of the essential amino acids your body needs, which is why they call quinoa a complete protein. You could actually live off this stuff!
In fact, quinoa has an interesting backstory. It’s more than 6,000 years old, and served as a staple food for the Andes Indians. The Incas considered quinoa to be the most sacred food, believing it to be a gift from the god. It’s one of three grains that was able to withstand the harsh climate of the Andes Mountains, so you can see why they would venerate it so. The indigenous people of Peru and Bolivia still heavily rely on quinoa in their diet, because it nourishes and sustains the body for long periods of time, staving off hunger until the next meal can be eaten.

Kale is a contentious little green—people either love it or hate it. I have to confess, before our family came up with this recipe, the only way I could get kale inside me was in green smoothies (which I love). This recipe has kale in it, but it’s not an overwhelming taste. It truly complements the other flavors in the dish, and without kale, this Shrimp Scallion Quinoa Bowl just wouldn’t be the same. So, even if you’re not a fan of kale, I urge you to try this recipe at least once.
Okay, I know I have been keeping you in suspense! Without more ado, here’s the recipe for Shrimp Scallion Quinoa Bowl. Serves 2.
Ingredients:

Published in Favorites and Food