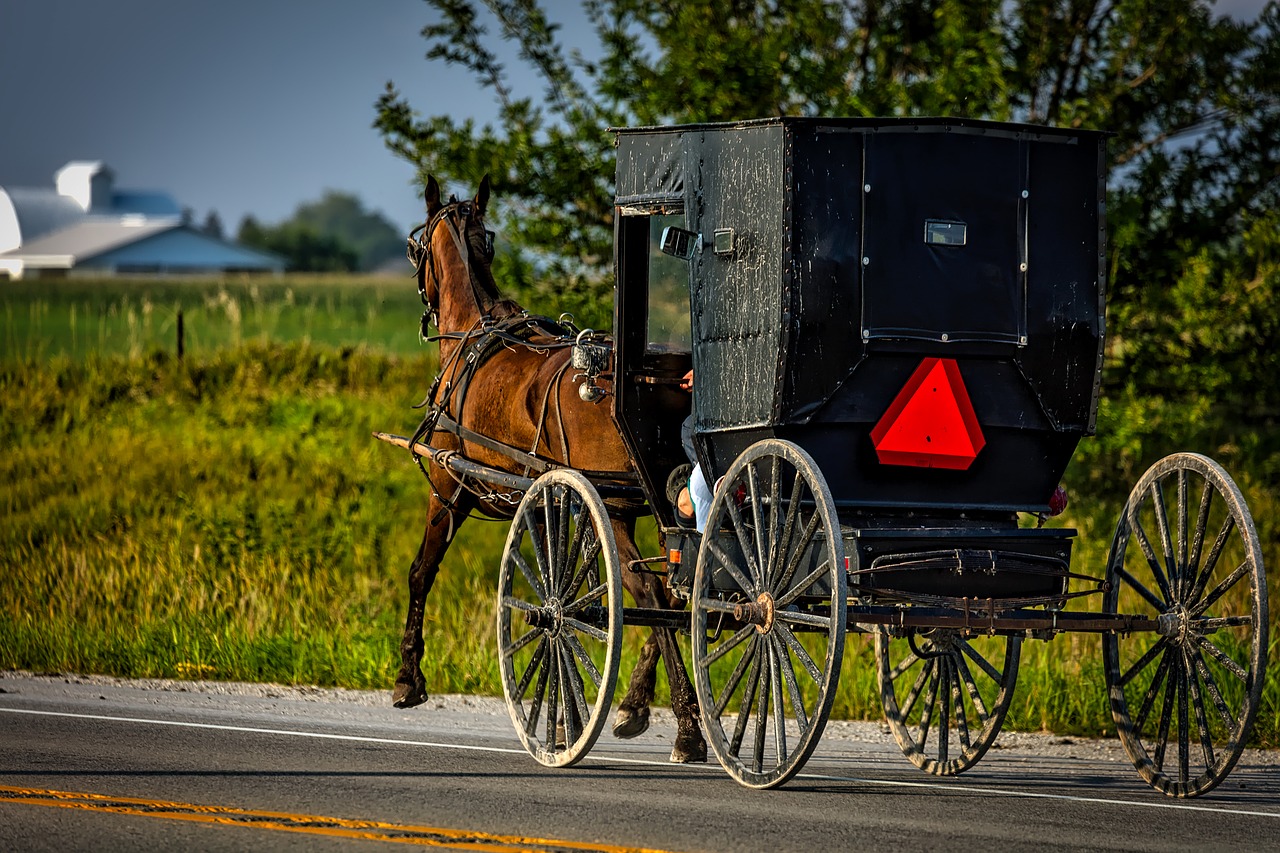 The Amish: The Ultimate Libertarians

You may not think that the Amish, with their total rejection of secular society, have much in common with Libertarians—other than the fact that there are actually few of either in America. The truth is that these two ideologies actually share a pretty similar view of the way society should work. Now just to avoid making any sweeping generalizations of what are two very diverse movements, let me clarify what exactly we are talking about here.

First, when you think of the word “Amish” you probably imagine men with beards and women in bonnets. People who look like extras from Little House on the Prairie. If you live in rural Pennsylvania you may have gotten stuck behind them as they plod along in a horse drawn buggy. You lean on the horn as you drive by, only to get a placid look in response. Man, that was harsh of you, he’s just living the way he knows best. That guy’s probably happier than you. No cubicle, no traffic. Maybe if you learned to take it easy once in awhile Cynthia wouldn’t have left. You miss her. Anyway, you know who I’m talking about, these guys:

These are the “Old Order Amish”. And in spite of what Family Guy might tell you, their rejection of new technology is a way to avoid anything that might harm their sense of community. That’s why they look like time travelers from the 1800s. They’ve rejected most of the stuff that came after because they believe that things like computers and television would destroy their relationships with God and with each other. Technology is fine to the Amish as long as it doesn’t get in the way of these relationships. So, they aren’t anti-technology as much as they are anti-bad technology. It’s just that in their opinion most technology is bad, a feeling that anyone who has ever used a printer can sympathize with.

Now for the Libertarians, who, like the Amish, reject belts because of their ostentatious, shiny buckles. Now the Libertarian Party has never really been a significant force in American politics. Mostly that’s because our two party system limits the influence of any third party, although their crappy 1998 style website probably doesn’t help.

You can read the Libertarian Party’s platform there, but it basically boils down to  small government and limited restrictions on individual rights. Libertarians are against foreign military engagements and any effort by the Government to regulate the economy or impose taxes. Basically it’s a total free market society with limited to nonexistent social welfare systems, where your local community charities are expected to help provide for your needs if you can’t provide for them yourself.

Of course that is basically how the Amish already live. The Amish do pay taxes on their property and income, but otherwise their religion prevents them from collecting any sort of assistance from the Government. In fact, they are exempt from the Social Security tax as they consider it a form of insurance, which they reject on religious grounds. Like the Libertarians, the Amish reject compulsory military service, with avoiding conscription into European armies being a large influence in the Amish exodus to America.

The Amish, despite their religious conservatism, completely reject any sort of government interference in the lives of ordinary people. Their policy of isolation from the outside world makes them unwilling to take a definitive stance on any issue. Though they may personally be against things like same-sex marriage or abortion, they don’t expect the Government to impose rules regarding those things. This is basically the same platform as the Libertarian Party, which rejects government rulings on similar issues.

So like the Libertarians, the Amish reject Government influence in favor of small, self-determined communities. Both reject foreign, or in the case of the Amish any, wars. They are socially liberal in the sense that they don’t expect the Government to step in on social issues. Economically, they are in favor of a totally free market with any social security system being handled in local communities. So, ultimately the Amish are sort of the ideal libertarians.

Now if the party could only motivate them to vote.