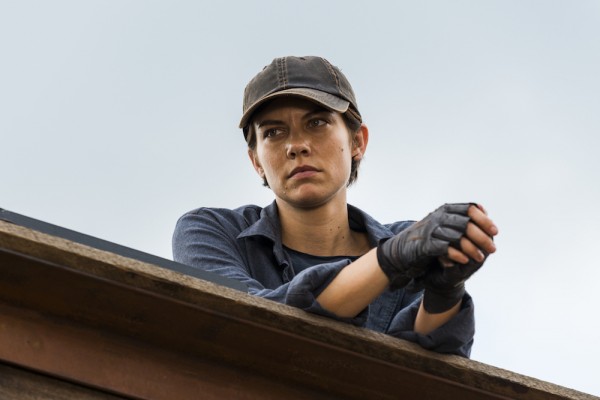 The Walking Dead: War looms on the horizon in mid-season finale

Spoilers ahead for the mid-season finale of The Walking Dead, so if you aren’t caught up with “Hearts Still Beating,” feel free to take care of that now. I’m fine waiting – I can use the time to make your kid spaghetti. 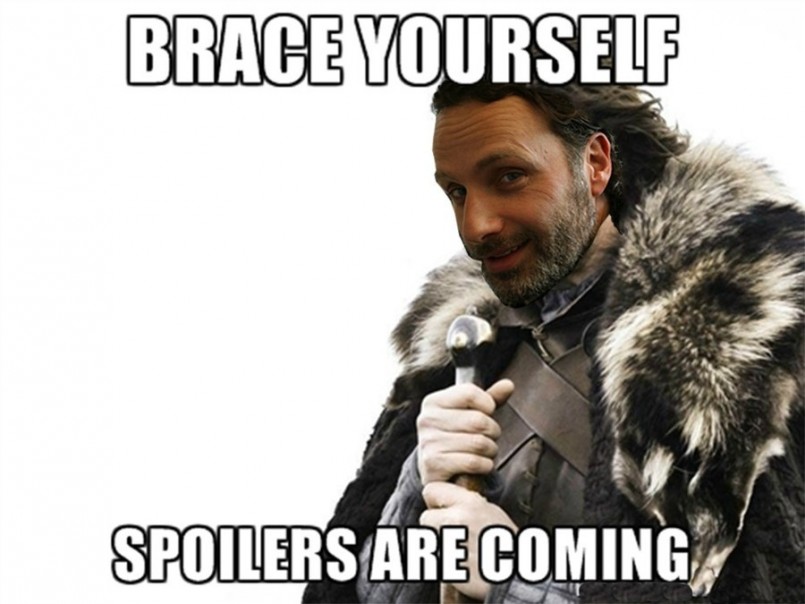 Before we hop into a proper review for tonight’s mid-season closer, I want to first point out that we witnessed something in “Hearts Still Beating” that is, as far as my memory serves, an unprecedented feat for The Walking Dead: we were introduced to four different storylines before the opening credits rolled. In the eight episodes that made up this half-season, only a few of them even attempted to tell more than one story in the length of its run-time, while the rest languished in one location, spending too much time focused on a single character – even someone as brutally charismatic as Negan couldn’t hold up an entire episode on his own.

With “Hearts Still Beating,” it seems that showrunner Scott Gimple and his stable of writers had something of an epiphany in the writers’ room when penning this episode, and decided to try to cover several different points of view in a single episode. And for the most part, it worked – at least for the episode itself. Switching between storylines did absolute wonders for the pace of the finale; each one had its own rising stakes and falling action (the touching closing scene, in which Rick and others reunite with Maggie, Daryl, and Sasha at Hilltop, was easily the most emotionally affecting sequence from the show in ages). As a result, the episode – and the story as a whole – was given a balance the show desperately needs at this point.

The thing is, it may be too late already. Let’s be honest: this half-season was a pretty big bummer. The pacing and general lack of storytelling acumen dragged Season 7 of The Walking Dead to new and rather surprising lows, which is really saying something, considering how lackluster the past few seasons of the show have been. This becomes doubly disappointing when we factor in Jeffrey Dean Morgan’s tour-de-force performance as Negan; a character this delightfully diabolical should certainly hold more sway than what we’ve seen from him, but he can only shoulder so much weight of the bloated narrative.

So, while I thought “Hearts Still Beating” was a pretty decent episode, I have to remember that the only thing I have to compare it to is the crappy episodes we were subjected to over the last few months (and, if we’re being honest here, it’s been a whole lot longer than that). But even with that in mind, I have to give credit where credit is due: “Hearts Still Beating” did a fine job of not only balancing several different stories within a single episode*, but also having each story building up to something – I wasn’t crazy about every scene, but each one served a purpose and didn’t feel like total filler.

*It feels weird giving a show credit for something like this, because literally every other show I watch does this in every single episode, because that’s kinda how you tell a story.

But I digress. Let’s wrap this half-season up.

If Season 7 has been about Rick and his group of survivors losing their power and agency, then “Hearts Still Beating” is where they start to take it back. For Daryl, this reclamation of power comes in the troubling form of him beating in the head of a rather passive Savior, condemning the man to death for standing idly while atrocities occurred around him. Killing the man was certainly cathartic for Daryl – at least in the moment. But as time passes, I’ll be interested to see if he feels any remorse for his actions, especially considering how closely those actions resembled Negan’s when he murdered Glenn and Abraham.

Michonne traveled far enough with the Savior woman to see a huge contingent of Saviors in the distance, which was enough to tell her than any attack on them will require a serious amount of planning, resources, and, more than anything, people. Her impassioned speech to Rick about them never giving in or giving up was a much-needed wake-up call for Rick, who’s spent much of the season cowering under Negan’s oppressive yoke. Unfortunately, Michonne wasn’t able to give her speech to Rosita before the latter decided to try to kill Negan, which resulted in Eugene being taken away to presumably become the Saviors’ bullet manufacturer. By the end of the episode, however, everyone seems to be on the same page as Michonne: there needs to be a plan, and for that to happen, they need time to make it.

And therein lies the conflict of what is sure to come in future episodes of The Walking Dead. We saw in “Hearts Still Beating” that events are spiraling closer and closer to a large-scale confrontation with Negan and his Saviors, and it’s only a matter of time before Negan loses his interest in the cat-and-mouse games he plays with the Alexandrians, or grows tired of the curiosity he feels towards characters like Carl. And this is assuming a best-case scenario in which no one does anything to raise the ire of Negan, which, to be fair, happened a lot in tonight’s episode.

Let’s blame Spencer. Seriously, his character has been an annoying pain in the ass ever since he first showed up, never once displaying anything even resembling a redeeming quality. It’s as if Spencer was on The Walking Dead for no other reason than to be killed in a way to be darkly satisfying to the audience trained to dislike him. He was always a throw-away character, ever on a collision course with the business end of Negan’s blade, less a person in his own right than a symbol of preening cowardice and astounding ignorance. Spencer’s murder also shows how pragmatic, if brutal, Negan is. Negan has invested a lot of time in breaking Rick down, and he can’t have that impeded by some idiot with a leadership complex.

Elsewhere, Maggie seems to be a shoe-in for leader of the Hilltop. Gregory still maintains that title, but he’s enough of an insufferable ass that he’ll surely oust himself before anyone else does. I also appreciate that the episode took some time to shoe Maggie sitting beside Glenn’s grave; there was no monologue of undying commitment to sully the moment, just her sharing a quiet moment with the memory of the man she loved. It was understated and rather profound, and I appreciate that The Walking Dead saw the importance in including a slow and deliberate scene like this in an episode dedicated to ratcheting up the suspense and stakes of it all.

Which makes me a little miffed that the show skipped over the reunion of Maggie and Daryl. So much of these characters’ motivations throughout Season 7 have been propelled by Glenn’s death; for Maggie, it was losing the love of her life (and father of her unborn child), and for Daryl, it was the guilt of breaking Negan’s rule and getting Glenn killed. It would have been awesome if the episode spent some time on them seeing each other for the first time – does Maggie hold ill will toward Daryl? Does Daryl need Maggie’s forgiveness to move on? Who knows! It’s weird that the writers would see the importance of including a quiet scene of Maggie sitting at Glenn’s grave, but totally skip over what was surely an emotionally charged reunion between two of the show’s most beloved characters. It’s a sign that the show still has some growing up to do with its storytelling, which may never really happen, seeing as how we’re halfway through its seventh season.

3.5/5 stars: A well-executed balance of story and tone made “Hearts Still Beating” a strong episode, but it did little to right the many, many wrongs of the half-season.