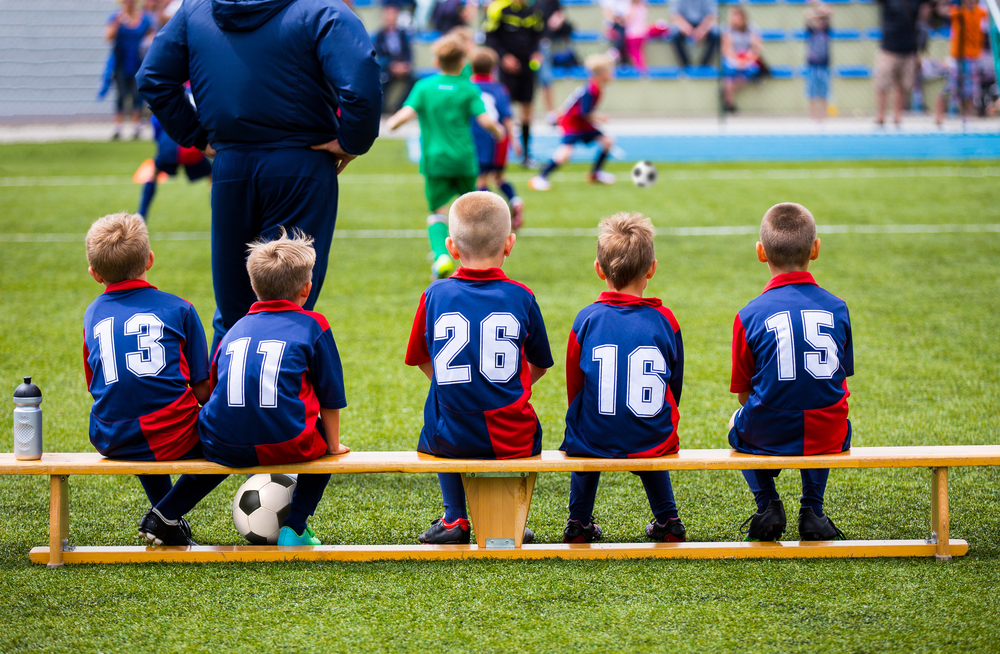 At the beginning of the school year, everyone’s excited about all the possibilities. Lisa’s finally going to get a chance to make cheerleader, Aaron’s been practicing all summer so he can make varsity, and little Grace is wearing her new ballerina tutu everywhere she goes. As the mom, you’re all set. The white board calendar is hung, schedules are posted, and the SUV is decked out and gassed up. You and the family are ready to be champs!
A few weeks in, though, the whining starts. “My coach is mean!” “I’m too tired to practice piano.” “My friend says I’m too chubby to be a ballerina. I quit!”
Plus, it’s not exactly fun for you, either, sitting on those hard bleacher seats in the hot sun as your kid does his own bench warming. So when is it okay to let your kids quit extra curricular activities? And when should you make them stick out a bad experience?
Ultimately, you have to be the best judge as the parent, but here are some considerations.

Quitting Would Relieve Stress on the Whole Family

Okay, you might not think this is a legitimate excuse to quit, but hear me out. If the activity is causing in-fighting, stress, sickness, bad eating habits, unsafe driving to get there on time, or a drop in grades due to increased pressure, then quitting might indeed be the right choice to make. After all, this is life you’re living, and no elective activity should make life miserable for everyone involved.

Your Child is Injured

We’ve all seen those amazing athletes on TV who just push through the pain and go on to win the gold medal or run the marathon while limping though the finish line as blood pours from the bandages on their knees. But ignoring pain is a personal choice that those professionals might make in order to continue in their profession. Your child’s profession is not on the line here. Their health is, though. Encouraging your child to ignore an injury or to “man up,” could be considered insensitive or even lead to a more serious injury. As soon as an injury occurs, defer to the physician’s recommendation, even if it means quitting. If your child balks for some reason, remind them that they can do a different activity that doesn’t use that injured body part.

The Coach Actually IS Mean

All coaches yell at their team. They want to motivate, or they want to appear tough, or maybe they just want to be heard over the din. But some coaches can be downright abusive, and that’s not okay. Yes, you can report them to the authorities, but in the meantime, that’s not a battle your kid should have to fight. Don’t subject your child to any adult’s verbal or emotional abuse, thinking it’s normal. If you wouldn’t do it to your own child, they shouldn’t be doing it either. There are adult bullies, and your kid’s coach might be one of them.
If your child complains about abuse, don’t dismiss it out of hand. Listen carefully and then take action to pay closer attention to what’s happening when the parents aren’t around. Show up early unexpectedly, or insist on sticking around for practice. If you deem the abuse to be real, it’s time to quit and find a replacement activity – or not.

Quitting is a Habit

If quitting is starting to become a habit for your child, it might be time to say “not this time.” If a child is allowed to quit one time, even if the reason is legitimate, they are very likely to think that quitting is an option every time. They won’t know the nuances of when it’s okay and when it isn’t, so you have to help guide them in that regard.
If your child comes to you and says they want to quit and the reasons are clearly arbitrary or false, have a long conversation with them about the importance of perseverance. Don’t get mad at them, but remind them about times when they were younger. Did they give up when they were potty training? No. But what if they did? They’d still be wearing a diaper. Your youngster will appreciate the humorous vision of imagining themselves wearing a diaper at 7 years old. After all, kids seem to love potty humor. But the point will get across. For older kids, use examples such as learning to drive, or taking an exam. If you have this conversation calmly and with helpful intent, you should be able to instill a sense of “I can” instead of “I can’t.”

You Suspect a Lifestyle Issue

One of the most common reasons that teens quite extracurricular activities is because they are tired. They might oversleep, or just feel like doing nothing after being in class all day. It’s true that teens need more sleep than adults, but in many cases, the problem might be traced back to a lifestyle issue. By lifestyle, I’m talking about staying up all night eating junk food, playing video games or chatting online or texting or watching television. If your teen stays up until 4 a.m., and somehow manages to drag himself to class, it’s unlikely he’s going to be all revved up for batting practice at 4 p.m.
If you suspect a lifestyle issue, changes will have to be made in that department. It’s not a good reason to quit an extracurricular activity, though. If they continue on the same path, that activity will turn into a job from which they will get fired, and you’ll be paying their rent for the rest of your life. There’s your motivation right there.

It’s great when kids can socialize with their best friends while they participate in extracurricular activities. But when the activity depends on the friend’s participation, that’s not so great. You probably don’t want your child to become a follower in life. Here’s a chance to break them of the impulse to do what the crowd is doing.
Remind your child that they are a different person than their friend. Tell them that different interests make for a more interesting friendship, and that there may be reasons for her friend to quit that she’s not sharing. You might also say that without her best friend in the activity, there’s more opportunity to get closer to the other people who are still in it.
This is just one more area of parenthood where you’ll have to use your own best judgment in each case and hope you’re doing the right thing. Years from now, your child will either say, “Mom, I’m so glad you didn’t let me stop taking piano lessons. Now I can teach my kids to play.” Or, they’ll say, “Remember that shorthand class you made me take after school? You know no one uses shorthand anymore, right?”